This is guest post from Dr Toby James from the Department of Political and Cultural Studies, Swansea University: 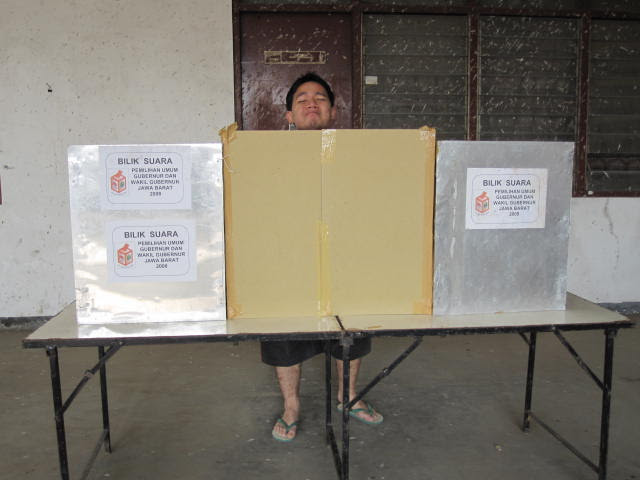 Idea 18 suggested that making voting compulsory couldimprove local democracy.  Turnout is low in local elections in most democracies, commonly flat lining in the 30-40% range.  Fining people who don’t vote would be one fix.


One reason that people may not vote, however, is that they lack the time.  We have many competing demands on us.  Sometimes we don't have a babysitter, we work long shifts, need to get to a friend's party etc.  Citizens can easily be distracted from participating in our democratic institutions.  It is not that they necessarily do not wish to be involved in local democracy or do not want their views to be heard.


In some countries voting and registering to vote can be very bureaucratic and time consuming. Citizens often have to visit a polling station to cast their vote, which may involve considerable travel.  They may be required to present special forms of photographic identification to vote.  Sometimes citizens may find that they need to register to vote a long time in advance of an election and provide intricate personal information such as social security numbers to be included.


The more intricate and bureaucratic the requirements imposed on voters, the more likely that some will slip up and not make it onto the register.  In the , citizens wanting to cast their vote by the post have had to provide a date of birth and signature on their application form for a postal vote and their eventual ballot paper.  The two are then compared.  But some votes are often deemed invalid because citizens make administrative errors like providing the current day as their day of birth. Asking citizens to provide a social security number is even more burdensome.  Do you know yours off the top of your head?  One election administrator recently gave me the example of a citizen who wanted to vote, but who she could not add to the electoral roll:


The procedures for voting and registering to vote are not always so out of tune with modern lifestyles.  In some elections voting and registering to vote is very convenient.  Some states in the allow citizens to turn up and register on the day of election.  In Estonia and Norway citizens could cast their vote over the internet.  The UK has experimented with all postal elections and these provided an enormous boost to voter turnout.  In the you can register to vote when you apply for your driving license.  Making the polling station closer to the voter increases the chances that they will vote.  Extending election day over two days, or even a week, helps too.


We are increasingly a Facebook/Twitter/XFactor generation.  We are used to everything being a click away.  Why should we have to travel to the village hall to let government know our views?


For an overview of the research on how election administration can increase turnout, and a broad brush tool for practitioners to identify some reforms, see my article in Representation (which is free to download).