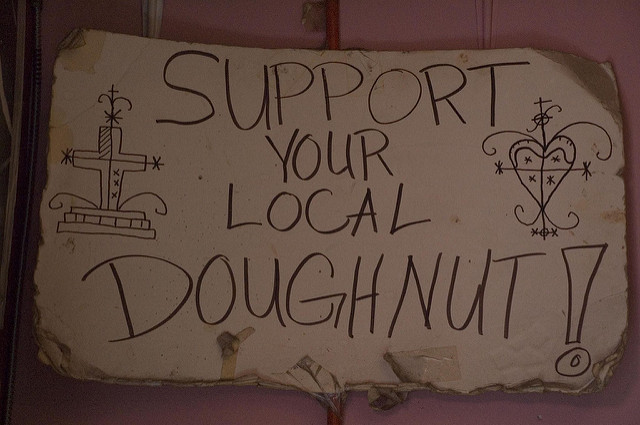 Scrutiny committees at the national and the local level depend on a wide range of people when gathering evidence.  Most of the time people contribute for free but should we do more to support, recognise and reward them?  This was a question asked by Kevin Davies for The Welsh Assembly Outreach Team before and after Govcampcymru.  Having reflected on Kevin's ideas as well as some handy input from Ben and Lou from Delib here are some suggestions about how we might build this into practice.

This (of course!) links back to the Double Doughnut of democracy idea I raised a couple of years ago (after Govcampcymru as well as it happens).  The key point being that government is not great at engaging directly and needs others to help it share and get feedback.

Currently engagement tends to take place on an issue by issue basis but wouldn't it be better to think about the people that contribute to scrutiny work as single group that we work in partnership with?

Of course this is a diverse group and includes:


It's not easy coming up with a name for this disparate group (sharers? friends of? co-optees? partners? associates? engagers? nodes?!?) but I'm going to suggest 'connectors' as a starting point - people willing to connect with scrutiny and people who can connect scrutiny to others that they might not otherwise easily reach.

The idea of the 'connector' also preserves the independence of those who engage - after all they are not working for scrutiny but working with scrutiny - they need to be able to be critical when they need to be.

Here are some ideas of how the connectors can be better supported:

Recognition: Does the committee do enough to thank the connectors? How could their contribution be  better publicised?  How about inviting the connectors to a thank you event at the end of the year?  A letter of thanks? Some other token? Are they mentioned in annual report? Did you tell them?

Information:  Connectors thrive on being 'in the know' - do you ensure they have access to the information that they need?  A special email for connectors? Press releases?

Networks:  Having contacts is useful for connectors - committee members and officers can be useful contacts and this can be offered in an informal way - "let us know if we can help you with anything and we will if we can".  Events for connectors can also give them the opportunity to network with each other and this might also strengthen civic society around scrutiny.

I don't think this needs to be too formal but doing more for those that volunteer their time should be a win win for scrutiny and those who get involved.  It might also just strengthen citizenship and democracy.
Posted by Dave Mckenna at 14:01