40. Six Reasons to Use Social Media for Scrutiny 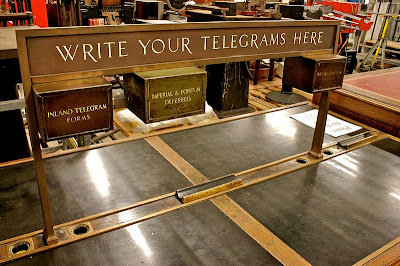 In a previous post I developed the idea of social council decision making.

Here I want to make the case for using social media in my own line of work –overview and scrutiny (If you are not sure what that is - it's a bit like a local government version of parliamentary select committees – find out more here). Our scrutiny team has been blogging and tweeting for just over two years now without any problems and, as I have had a couple of people asking me about this recently, I thought it was worth sharing some of my own ideas about this. For those thinking about developing social media for scrutiny I hope this post will give some food for thought and, if needed, will help them to make the case.

There are already many great examples of scrutiny teams using social media; Kirklees, Bristol, Brighton, Harrow, recently Warwickshire all spring to mind and there are many others. The Centre for Public Scrutiny keep a list of tweeting scrutiny units that you can find on their twitter page here.

So, in no particular order, here are my six main reasons why scrutiny teams should use social media.

Consultation and evidence gathering makes up a large part of what overview and scrutiny does. Social media tools such as blogs and twitter are great ways of supporting this. This might be directly though gathering comments, for example, or by advertising surveys and research events. Dedicated social media accounts are also great for disseminating the research that overview and scrutiny committees do. You can use twitter, for example to share findings and target relevant organisations.


The scrutiny function is non executive, in other words it operates independently of the Cabinet. It is, of course, not independent from the Council but it does have a distinctive role. It makes sense, therefore, for scrutiny committees to have their own distinctive channels for communication and social media can help with this. In a more general sense I fully subscribe to the idea that councils should have a wide range of twitter and other social media accounts as people can then follow their particular interests (within an overarching council brand). It is far better to reach a smaller number of people who choose to follow scrutiny than to reach a much larger group who don’t really care.

Overview and scrutiny is intended to be a way for the public to influence decision making. Social media accounts can help this in two ways. First it allows scrutiny teams to provide a friendly and understandable running commentary on the work of the overview and scrutiny committees – through blogging in particular, but also the use of video, can help translate the inevitably jargonistic language of committee minutes, agendas and reports. Second, social media gives scrutiny teams the opportunity to answer questions and signpost information. To be honest we haven’t had a great deal of this type of engagement with the public but we live in hope! Of course any engagement of this type must take place within corporately agreed guidelines and people must know what they are doing, but this is simply the sort of professional behaviour you would expect in any case.

Scrutiny teams work with a range of local organisations, think tanks, academics, other layers of government and other scrutiny teams in order to understand current issues and good practice. Social media provides a great platform for scrutiny teams to link in with current debates, ask questions and disseminate the work of their own committees which often have a wider value outside of the council in question. Relationships developed through social media can sometimes lead to people contributing to the work of scrutiny that might not have done otherwise.

Unlike many other council services, scrutiny teams work directly with councillors and, as local politicians increasing make use of social media to connect with the public, so it makes sense for scrutiny teams to work through this medium as well. Providing information about what scrutiny committees are doing through social media makes it easier for the councillors sitting on those committees to share that information through their own networks.

6. Internal Engagement
One of the familiar challenges for scrutiny teams is the low levels of awareness amongst council officers about what scrutiny actually does. Even where twitter and youtube might be blocked sites, blogs and internal social media such as yammer might be used to reach an internal audience. Intranets can also be used to share social media content with staff and provide messages about what scrutiny is doing.

There are, it seems, always concerns about responsible use of social media by staff but scrutiny teams, as it happens, are used to working in a politically sensitive environment and can therefore adapt with ease to the ‘publicly sensitive’ environment of social media – and do this within the context of any overarching communications strategy.

Yes, there may be occasions when things don’t quite work as planned but the potential rewards surely far outweigh any risks – especially when you consider that the financial cost is often zero.

Finally, I want to point scrutiny folk to this post by Helen Reynolds where she argues that we should be thinking of using social media primarily in terms of the increased influence it brings:

As far as terminology goes, 'influence' makes a bit more sense when you consider its synonym 'authority'. We are local authorities and we want our communication to have 'authority' in that it has high credibility and currency.

'High credibility and currency' - if that isn't what we want for scrutiny, then I don't know what is.

Totally agree with this- it’s really helpful to have all the reasons for dedicated scrutiny social media tools in one post. I strongly support the notion of “go where the conversation is”: if local residents meet in certain places, read particular papers, or indeed use Twitter and Facebook then there’s every reason for council services to use those channels. The value of sites like Twitter is that it recognises that our intended audience is also no longer purely local.

As with all scrutiny work, the really important aspect to consider when communicating is to focus on the subject matter, not the process. Very few people are interested in transparency or governance in their own right (present company excluded!), but are far more likely to care about school provision or housing allocation etc. With that in mind, tweets should focus on the actual issues being discussed, not “our latest agenda has been published”…!

Both of these points are spot on! Talk to the issues not the bureaucracy.

I'd also add that social media means communicating as people if possible - paticularly the councillors who head up the various pieces of work but also the scrutiny offciers who support it - we shouldn't be faceless! It's much easier to commicate with a real person than with a committee or an organisation...

Definitely, though it can be tricky. Whilst you want to avoid the Faceless Bureaucrat problem, you're also communicating on behalf of a wider function and need to reflect that fine Officer-Member balance. Plenty of ways round this though, and worth making the effort to do so (humour is one, though this can be so difficult in 140 characters!). I guess there's a difference between personalising a service, and brazenly throwing yourself above the parapet!

General agreement with what you assert. One major caveat, however, is that you need beware of just who you are influencing - is it just those in the social media loop? If so, is there an incestuous and self-affirming loop going on? I suggest a need for a bit of triangulation that reaches out elsewhere. This is to validate, or at least benchmark, your social media impact assumptions.

Good point Edward - realising the limitations is important as is placing social media within a wider strategy of communiciation and engagement. As you suggest, not everyone tweets - far from it!

You make so many great points here that I read your article a couple of times.
instagram likes

Your publish and knowledgeable provide and educate me the way to deal with and create it more simple and controllable.

Keep up the good work friend. Glad to be part of your net community.
high pr backlinks

Will surely come and visit this blog more often. Thanks for sharing.
high pr backlinks

Your site is really nice and unique. This is one of the best ideas that you had come up for the people and I do hope that they can have better future.
backlink

This is highly informatics, crisp and clear.
backlink

The internet is bogged down with bogus blogs with no real message but the post was fantastic and well worth the read.Thank you for sharing this with me.
seo link building

Should there be another persuasive post you can share next time, I’ll be surely waiting for it.
link builder
seo services

That was wonder full post i really love to see this, thanks for the share, help with term papers is the one which can changed your academic career..

I really liked your posts. Each and every single one of them is simply outstanding. Using social media in work is as helpful as for pleasure. Thanks a lot for sharing. In case you need cover letter writers, there are plenty working for professional online service.

Use the world's largest and fastest buy backlinks growing index of backlinks (besides Google of course) to scrutinize links to your site, clean-up your backlink profile, perform a ...

Scrutiny teams are something I didn't hear about. But I think it's a real progress to have them in our society. You've made me to reflect on the creation of our scrutiny team of a company that provides thesis paper help. It can help us to trace a connection between relating organizations.

Did you know that businesses all around the world are hiring people just like you to help manage their social media accounts such as Facebook, Twitter, and YouTube?
There is a lot of money in it, and the best part is that you don’t need any qualifications, prior experience or specialized skills. All you need is a few spare hours per week, a computer with an internet connection and a good knowledge of how to use Facebook, Twitter or YouTube.

I agree with all the above points. The introduction of social networks offers us tremendous opportunities for quick access to any information. And your thoughts will be seen and heard by millions of people.