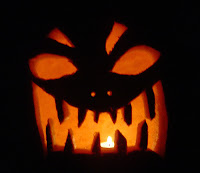 The concept of wicked problems is both important and tricky.  Important because it refers to those intractable social and economic issues that most policy makers and practitioners are grappling with; issues like youth unemployment, childhood obesity or substance misuse.  Tricky because the concept of wicked problems is itself ‘wicked’ and subject to differences in definition and interpretation.

This post sets out some thoughts about wicked problems and how they might lead to particular types of responses that I'm calling civic solutions.


A few weeks ago Megan Mathias from Kafka Brigade UK gave a presentation to our community planning conference on ‘Solving the Wicked Problems’.  The purpose was to help inform the thinking for our city’s new Single Integrated Plan (that’s Welsh version of the community strategy). It was this presentation that got me thinking (always a good sign!).

Megan’s central point, I think, was that we need to be clear about what type of problems we are seeking to solve as this will inform in a major way our responses to those problems.   Megan drew in particular on Keith Grint’s typology of problems and responses (see Keith Grint’s presentation here).
Grint argues that:

If you are unfamiliar with the idea of wicked problems then the Wikipedia page (should that be wickedapedia *ahem*) is a good a place to start as any.  Definitions tend to vary but they usually come in lists of characteristics - see this paper by Head and Alford (pdf) for more on this.

For me wicked problems are best understood as symptoms of wider social and economic structures.  There is perhaps a danger that wicked problems might be thought of almost as having an existence independent from the ‘real’ world- like malevolent ghosts that have arrived from some mysterious other world.

It is important to remember that wicked problems are of course symptoms of deeper social and economic problems.  To use a medical metaphor; they are like chronic conditions, some of which can be managed to the point that the individual leads an almost completely normal life as long as they can maintain the management regime required.  Other chronic conditions cannot be managed as easily and the individual has to accept that the symptoms will continue to be challenging.
There is also something a little fatalistic in saying ‘wicked problems’ can never be completely solved.  I’d rather say, like a doctor might, that these are conditions that can be managed until the cure is found.  Take the example of child labour in 19th century Britain for example.  At the start of that century it must have looked like an intractable wicked problem.  Clearly it is no longer seen that way.  Not in the UK in any case.

It is also important to understand wicked problems as issues that affect us all to a greater or lesser extent;  whether directly as ‘victims’ or indirectly through the impact on the wider economy for example.

...requires a long term collaborative engagement by the whole community. The trick here, then, is to ask the right question. Not, ‘how do we stop knife crime?’ but how do we get the community more involved in self-policing?


Which brings me onto to this idea of civic solutions by which I mean:  Emergent strategies to tackle wicked problems that involve the whole community including public services and the voluntary and business sectors.

This is an approach that contrasts with traditional top down approaches.  As Helen Sullivan argues:

An alternative model, talked about a great deal in the literature, but rarely applied, looks at ‘whole of government’ from the bottom rather than the top, emphasizing the merit of taking decisions and being responsible for them as close to service users and citizens as possible, and of connecting to others through flexible networks rather than reconstituted hierarchies. This poses a fundamental challenge to strategic thinkers who can conceive of strategy only in top-down, centrally determined ways, as it requires thinking about strategy as emergent, generated by interactions between the different actors involved wherever they are in the system.

That’s the general idea – the next step is to map out what these civic solutions might look like in practice and, more specifically, what they might mean for whole place partnerships and their single integrated plans.
Photo credit: http://www.flickr.com/photos/binkley27/306107180/
Posted by Dave Mckenna at 13:44

You can see a description at: