This idea is a proposal for a book, one that I think is missing from the market, a local government ‘biz book’.

I started thinking about this after a couple of exchanges on twitter with Mary Mckenna (no relation!).  Mary leads a company called Learning Pool that provides e-learning for the public sector.  She told me that she often reads biz books and found one of them – From Good to Great – so valuable that she bought a load of copies for the company and got everyone at Learning Pool to read it.  While there is a real industry around ‘how to’ guides for the private sector manager, there isn’t really a public sector equivalent – we agreed that there should be.

The core concept of my book is to take Machiavelli’s ‘The Prince’ and update and adapt it for the present day public sector manager.  Instead of The Prince I call it The Public Servant.  Instead of advice on ruling a city state it will provide advice on managing a service or policy area.

The Prince is almost exactly 500 years old.  It is a very readable and relatively short text - well worth having a look at.

The purpose of The Prince was to provide advice to the autocratic rulers of the time, particularly the new ones, about how to rule successfully.   Machiavelli has a reputation for promoting the dark arts of politics but his intention, with this book in any case, was to present a realistic view of the political world and to offer advice accordingly.   As a one time senior civil servant in Florence he knew what he was talking about.

The Prince was controversial for its advocacy of ‘immoral’ methods in certain situations and for its distinction between public and private morality.  There has been much debate over the years about whether the book should be taken at face value not least because Machiavelli himself is widely believed to have been a republican.

The Public Servant will have four main chapters. 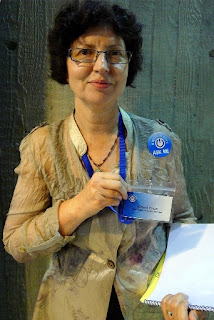 1.  The Meaning of Public Service
The value of public service, recognising the value of what the public sector does, the central duty of the public servant to protect and promote the service or policy that they are responsible for.

3.  How to Promote Your Service or Policy
Why the public manager needs to be constantly promoting their service or policy, the different methods to be used and the circumstances to use them in, internal and external arenas.

4.  How to Build Your Team
The qualities of a good team, the way to appoint and retain good staff, the way to lead a team and ensure loyalty and commitment

I'm just wondering to what extent this proposed enterprise is already covered by what Barry Quirk has just written about in 'Re-imagining Government'?

So you might have to ramp up the Machiavelli and be less Osborne and Gaebler. No bad thing (let's not forget he was an adviser to city states...)