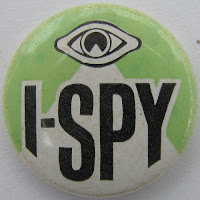 In local government, why do we work in the ways that we do?

Why do we adopt new ways of doing things?

More to the point, do we know why we do what we do?

Well, this post is an attempt at a spotters guide.

I'm thinking specifically about initiatives; those local government ways of doing things otherwise known as programmes, policies and approaches.  Off the top of my head I can think of Total Quality Management, Restorative Practice, Appreciative Inquiry, Performance Management, Results Based Accountability, Business Process Re-engineering, Systems Thinking, Programme Management.... there are many, many more – I’m sure you get the picture.

I like this quote from Richard Dawkins taken from a letter of advice he wrote to his daughter that you can find in ‘A Devil’s Chaplain’.  In the letter he asks her always to ask people for the evidence that justifies their beliefs.  He then says:

But now I want to move on from evidence, which is a good reason for believing something, and warn you against three bad reasons for believing anything. They are called "tradition," "authority," and "revelation."


I’ve used it as a starting point for an I-Spy list of reasons why we do things in local government (points reflect rarity value of course).

Tradition is, of course, a powerful reason for not doing something new.  If you are interested in the theory behind that statement, New Institutionalism looks at the ways in which informal rules shape behaviour (see the chapter on Institutionalism by Vivien Lowndes in this book for an overview).  The phrase ‘rules in use’ captures well the idea that people are happy to be guided by those informal ways of doing things that are rarely written down.  When ‘ways of doing things’ have been part of organisational life for a while, they become socially as well as formally embedded and people will often feel uncomfortable about the idea of change.

This, for me, is the worst reason.  Given the complexity of organisational and social problems we face it seems bizarre to me that people are still happy to reach for ‘obvious answers’ without checking for relevant research and evidence.  Take the example of cycle helmets.  They make you safer right?  Well actually they might do the opposite and there is plenty of debate on this seemingly innocuous question.  They might make you safer and they might not – the point is that this is a lot more complicated than it might first appear.  I think you have to be very brave to commit to anything based purely on common sense.

Well, fashion might not be exactly the right word, but its close.  In local government, as challenges are often so complex, we will often (understandably) reach for the latest thing, hoping it will solve all of our problems.  Some people do like to be associated with new initiatives and the very newness of something can serve to energise – and there is nothing wrong with that.

I love this quote from John Le Carre’s ‘Smiley’s People’ which, set in the civil service, provides a more cynical take:

He had been the witness, or victim – or even the reluctant prophet – of such spurious cults as lateralism, parallelism, separatism, operational devolution, and now, if he remembered Lacon’s most recent meanderings correctly, of integration. Each new fashion had been hailed as a panacea: ‘Now we shall vanquish, now the machine will work!’ Each had gone out with a wimper, leaving behind it the familiar English muddle, of which, more and more, in retrospect, he saw himself as a lifelong moderator.


You can imagine a spectrum for these new initiatives with snake oil at one end and panacea at the other.  In reality, of course, most will fall at one point in between – the important question is where.

Ah yes, a careful review of the evidence leading to a considered decision.  Of course not everything will be backed by gold standard research but at least an open, honest and balanced judgement can be made.  It is reasonable, for example, to do something new on the basis that it is experimental and maybe even to include an element of research.  Ultimately it's all about having a decent decision making process - I've posted along similar lines previously.

Many initiatives, include most of those I mentioned above, have much of value and I’m more than happy to subscribe to a couple.  My point is that we should be clearer about why we adopt and maintain them.  By being critical in this way we will have a better chance of success.