42. Cause Marketing for the Public Sector

I saw this blog post from Richard Layman (via @greatemancipato) about some of the issues around parking provision in cities.  The whole thing is worth a read but what particularly caught my eye was the proposal by Professor Donald Shoup, working for the city of Pasadena, that the higher parking charges he had suggested could be made more palatable to local businesses if they could see that the money was going back into the city centre:


To address the concerns of the proprietors of businesses in the commercial district, who preferred low-priced parking because they believed it to be key to the success of their businesses, he recommended to the city that they spend the bulk of the revenue generated by the parking meters on public space and other improvements to the commercial district.

It turned out that this approach worked as a parking scheme and was also acceptable to local business.

For me, the moral of this story is that when people pay charges or taxes they feel much better about it if they know where the money is going and agree with what it is being used for.  OK, I don't have any hard evidence to back this up (a topic for further research perhaps?) but I know from my days working in the Housing Department how passionate council tenants were that the money they paid in rent was used only to benefit council housing (the law agreed as it happens).  I'd also suggest that this connection between donation and use is an important motivation in charitable giving.  Conversely I know that many people don't like the idea of their money going to 'the council' who they believe wants their money simply to grow rich.

Turns out that the parking story is an example of 'cause marketing'; something that is already a thing in the private sector. Take this example from the wikipedia page:


Following various pilot schemes in 1981, American Express developed a campaign which donated funds to a number of different non-profit organizations as part of the San Francisco Arts Festival. Essentially every time someone used an American Express Card in the area, a 2 cent donation was triggered and each time new members applied for a card a larger contribution was made... Card usage was reported as having increased significantly and relationships between American Express and their merchants also improved as a result of the promotion. From the charity's point of view, despite being a short-term campaign, $108,000 was raised, making a significant contribution to their work.

The idea of cause marketing seems like a useful one for local government, particularly the idea of stating where charges will go.  Even it it is something that already happens it would make sense to make it more visible and advertise the fact. It doesn't even need to be the whole amount or a permanent thing e.g. "this month 50% of car park charges are going to support the local park".  Other obvious areas where this might apply include leisure centres, theatres, museums and galleries.  I'm sure there must be others. 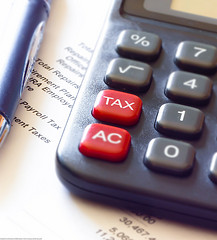 I wonder if it might even apply to to council tax.  Of course it isn't voluntary and council's often do provide a nice pie chart showing where everything goes, but maybe more could be done to give people a genuine sense of connection between the local tax they pay and the benefits that it provides.  Maybe each year there could be a theme i.e. 5% of council tax could be allocated to healthy city initiatives or maybe to school literacy schemes.

Either way, strengthening the link in the minds of citizens between charges and taxes on the one hand, and public good on the other, can only be for the best.