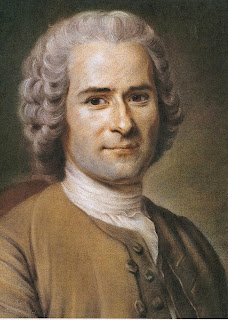 Today is the 300th anniversary of the birth of Jean Jacques Rousseau. To celebrate this most auspicious of days, here is my take on what Rousseau might say to anyone involved in community participation today.

Obviously I can’t do justice here to the work of the great man in a short post – I’m sure I wouldn’t be able to even given the time and space – but here is, I think, in a nutshell, the core of his political argument:

Rousseau’s central contention is that, in the modern world, people can only enjoy freedom thought direct participation in politics. Furthermore, we are free only when we obey those laws that we have made ourselves. For Rousseau, the moment you let someone else decide the laws you live under, whether it be a monarch, dictator or elected representative, you become no better than a slave.

How then can you only obey your own laws and yet live in a community with others? The Social Contract presents Rousseau’s solution to the problem. It represents a voluntary political association where everyone participates in the making of laws for the community interest (also known as the general will). The key bit is that the laws apply generally, so that everyone is equally affected:


‘...as every individual gives himself absolutely, the conditions are the same for all, it is no one’s interest to make conditions onerous for others’

Clearly, as Rousseau would also accept, the social contract is an ideal state which is unlikely to ever be seen in reality. However, it provides, I think, a fine political aspiration.

So, what might Rousseau say about modern community participation? Here are five lessons that I think can be drawn from the Social Contract.

One thing Rousseau would definitely say is that community participation should only be concerned with general issues for the community, issues that affect everyone, if not exactly the same, then in a similar way. Particular issues, such as what happens in one street, or a planning application, will draw out particular interests and lead to conflict. Instead, general issues, such as the speed limit, the acceptable noise level or even the overall balance of spending in an area should be the focus. It is for the ‘government’, whether it be the local authority or another public body to interpret the general principles and put them into practice in particular cases. Once again, if the community as a group gets involved, it can only bring conflict.

3. Only ask about what’s best for the community

4. Ask people to consider the issues as individuals

For Rousseau the general will has the best chance to emerge when citizens undertake their own careful consideration and are not bound by party allegiance or swayed by those with vested interests. So with the community will it is important that party politics, pressure groups or any other type of faction are kept at bay. Citizens should be provided with information and encouraged to debate but not to campaign.

5. Get everyone to participate

For the community will to emerge everyone, or nearly everyone, in the community need to be involved. Comprehensive participation also increases the likelihood that everyone will feel happy to be bound by community laws. Rousseau’s Social Contract was concerned with small city states where face to face participation was possible. There is no reason why communities could not be defined as small enough to make this happen. Alternatively, the use of social media and web technology could make the involvement of larger groups possible.


For me, Rousseau’s political philosophy can be used to underpin a distinctive approach to community participation, an approach that might be challenging in practice but a worthwhile aspiration nevertheless. 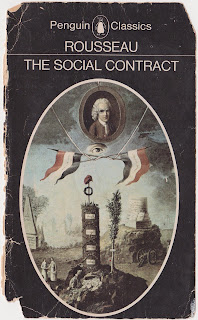 Interesting reflections. I particularly like your extension of the idea of the general will in lesson 3 - thinking about what's best for the community as a whole. I suppose it's about asking a more altruistic question, rather than "what do you want?". I also like the idea of being as inclusive as possible.

I've got a bit of difficulty with lesson 2. There's a risk that keeping things too general could make the debate rather sterile and pointless. The devil is often in the detail and "overall balance of spending", for example, is a bit meaningless unless people can relate it to their own lives, and then you get individual-wants and views creeping in. It also distances the decision making of government (interpreting these general principles) from the public debate, and that's where people may want to have a say and influence. Personally, I'm a fan of representative democracy, but think it works best when complemented by forms of participation, and that can make for some sharp and uncomfortable debates.

Thanks for the reflections!

Thanks Clive, maybe the 'spending' example was a bad one but I'm still comfortable with the general point. After all, people don't have any problem relating general issues to their own lives when it comes to national politics.