47. A Design Checklist for Participatory Initiatives 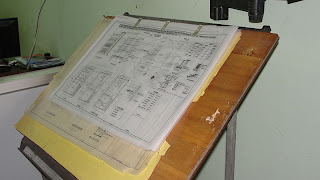 One of the conceptual issues I face is tying down the precise characteristics of these participatory initiatives as they are all so different and are inevitably implemented in different ways.

For a broad typology I draw on Graham Smith's excellent Power Beyond the Ballot: 57 Democratic Innovations from Around the World - a report he produced for the Power Inquiry.  You can download it here.

In order to help with a more detailed categorisation I've been collecting a list of variables that you can see in the list below.  It is specifically set in a UK local government context but could be easily adapted for other contexts.

As well as its research use it might also be handy as a checklist for councils looking to set up a participatory initiative - a set of choices that can be made at the design stage. It's very much a work in progress - all comments welcome!

Useful concept. With regard to #11, expected level of public involvement: What do the numbers/ranges mean?

Hi Tim - simply the number of people who provide (or who are expected to provide)the 'membership' for the initiative e.g. those who attend a meeting. It's not very profound but is certainly an important issue for local politicians I find.

In survey work I have done 30 comes out as generally the lowest required by councillors for an initiative to have democratic legitimacy - hence the choice of that number. Once you get above 60, particularly face to face, I have found some concerns about manageability.

Very interesting, Dave! I want to invite you to (1) become a member of NCDD and (2) submit a summary of your ideas (something like this post would be great) for the NCDD community blog at www.ncdd.org/submit. You must be an NCDD member to add to the blog, but you can join as a non-dues member if funds are an issue. You can learn more about the National Coalition for Dialogue & Deliberation (NCDD) at www.ncdd.org/about and join at www.ncdd.org/join if you're interested. I think this would make a great post, and that NCDD members would be interested in taking a look and possibly providing some reactions.

Thanks Sandy, I've had a quick look at your website and it certainly does look impressive! Do you have a UK presence or are you just in the US?

I'd certainly be interested in contributing something and will have a look at the membership. I've started following @ncdd so will look forward to keeping up that way.