48. A Journal of Welsh Public Service 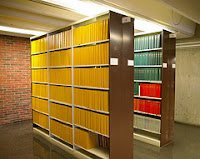 Shouldn't Wales have its own academic journal dedicated to public service?  Well I think it should.

I know that there are sector specific publications such as the Welsh Housing Quarterly but, as far as I know, there is nothing that covers the Welsh public service as a whole.
Such a journal could focus exclusively on Welsh concerns and have peer reviewed academic papers (although not too many) alongside contributions by practitioner and early career researchers.    It could provide a focus for relevant debates and facilitate dialogue between academics and practitioners.  It could be open source, allowing free access to everyone with an interest.  It should also be bilingual; promoting the Welsh language within wider academic circles.

Specifically it could provide:

On this last point I would argue that Wales provides a natural community for such a journal.  As the Beecham review argued, Wales has the potential to be exemplar small nation governance.  It has a devolved government with an interest in evidence and research, it has national bodies with similar preoccupations and it also has university departments dedicated to public management and administration.  It even has its own think tanks and pressure groups.    Surely such an important research community deserves its own journal?

Update:  looks like there is a Croatian model (CCPA) that this could be based on.  Below are some nice tweets I had on this post.  I partuclarly like the SHU site highlighted by Tamsin Stirling:

Nice idea and could be linked to the Welsh Government's Public Policy Network? There are all sorts of small countries with specialist journals out there - I seem to be on the Slovenian Evaluation Society's mailing list - but would enough people be interested in submitting papers and reading them? By the way, I'll vote for Dave to be the Editor-in-Chief of this journal if he fancies setting it up!

Thanks James, did you mean the Public Policy Institute for Wales?

I'd missed this - it looks really interesting and potentially links very well as you say.